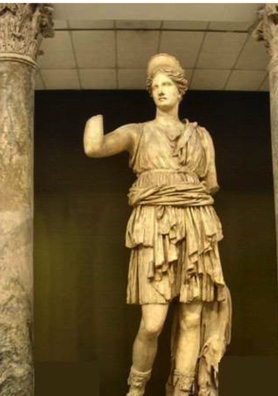 I. The fonts and different places of Diana ́s cult in Hispania

III,2.The problem of the different goddess and the Moon and astral symbols.

III,3. Relation between Hispanic Diana with Hercules and the economy in Ancient world, and different goddesses as Venus, Astarte e Isis.

The study of Diana ́s Goddess cult in Hispania, as the all of every roman divinities in our Península was very difficult because this cult, according to the fonts, was inverted in relation of the logic of our investigation( 1 ).