BEARS AND BEES IN THEMISCYRA A SANCTUARY FOR ARTEMIS IN THE LAND OF THE AMAZONS?, Luis Ballesteros-Pastor 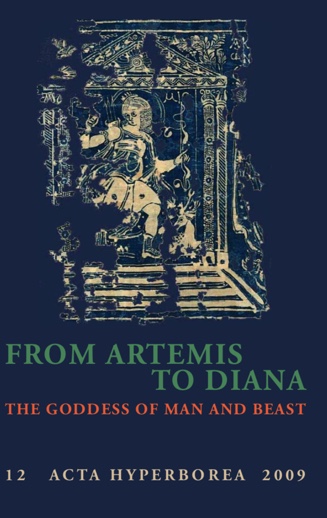 BEARS AND BEES IN THEMISCYRA

A SANCTUARY FOR ARTEMIS IN THE LAND OF THE AMAZONS?

Since ancient times, Themiscyra was considered the site of the Amazons par excellence. To this place on the Black Sea, next to the mouth of the mighty Thermodon, Heracles went to obtain the belt of Hippolyte. Theseus also travelled there, either alone or with Heracles. The Argonauts also passed by Themiscyra on their journey to Colchis.1 The memory of the Amazons’ homeland remained powerful, and when the Roman armies reached there, their generals strove to profit from the propagandistic effect which represented them as conquerors of these legendary warrior-women, thus emulating Heracles and Alexander the Great.

But, for lack of excavations, Themiscyra’s links with the Amazons seem to remain solely in the realm of myth, without any traces which record that this legendary kingdom had its centre in this little village situated in a region considered for centuries to be at the edge of the world. A village which, however, was insistently sung about by poets and recorded by historians.

In this paper we will try to demonstrate that in Themiscyra there may have existed a sanctuary to the goddess Artemis, who is repeatedly linked to the world of the Amazons.

Our deduction is based on an aspect that seems marginal in Appian’s account of the siege of this place by L. Licinius Lu- cullus. Appian relates that the inhabitants of the town introduced bears and swarms of bees inside the tunnels dug by the Romans under the wall.