The Bone Gatherers The Lost Worlds of Early Christian Women, 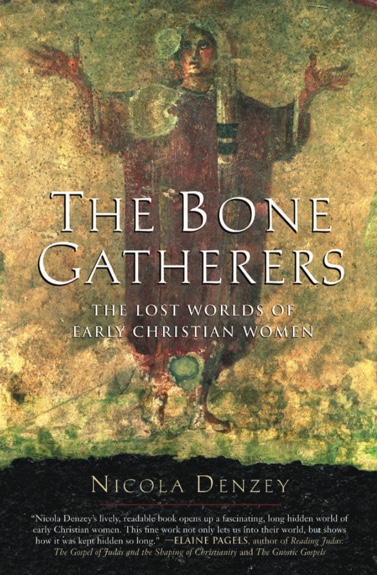 At a flashpoint in tensions during three tumultuous years of persecutions and pogroms from 249 to 251 CE, Rome ’s bishop, Cornelius, faced the fear- some Decius, the first emperor to launch a systematic and cruel hunt for Christians in Rome and abroad. Decius had already put to death Cornelius’s predecessor, Fabian, in 250. The papal seat sat vacant for nearly a year as the Christian population of Rome roiled against the emperor and fractured un- der the force of external and internal pressures. Cornelius had been elected against his wishes, for 251 was a dangerous year to become the bishop of Rome. Decius himself had declared that he would rather vie with a claimant to the imperial throne than tolerate another bishop of Rome (Cyprian, Epis- tle 55.9).

Two years later, Cornelius was dragged outside the city to a Temple of Mars and ordered to throw a pinch of incense on an altar in honor of the emperor and the gods of Rome. Cornelius stood his ground and refused. The imperial response was swift: the bishop was summarily decapitated. His body lay in pieces, unmourned, until it was brought back to the city by a hero as unlikely as she is unknown—a “blessed” (beata) Roman Christian woman by the name of Lucina. Lucina brought the pope ’s body to her lands that adjoined the public Christian Catacombs of Callixtus, and she buried the pieces in her family crypt. She ordered his grave to be marked only with a simple marble slab and the Latin inscription “Cornelius, bishop and mar- tyr.” The stone exists still, unearthed from Rome’s soft soil in 1849.1 An- cient sources record the date of Cornelius’s burial: September 14, 253 CE.