Ancient Art and Artemis: Toward Explaining the Polymastic Nature of the Figurine, ANDREW E. HILL 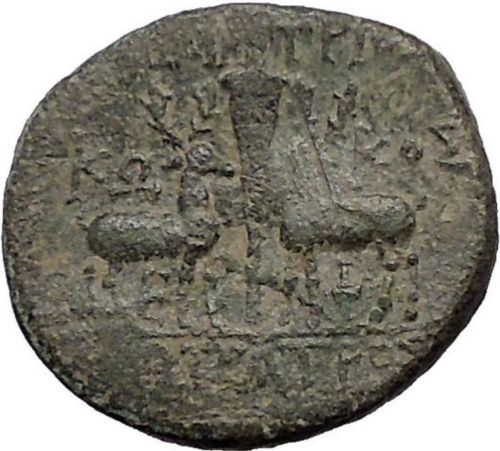 scholarship. Consequently, as Machteld 1. Mellink has observed, a rather entertaining

series of hypothetical interpretations of these bulbous objects on the torso of the Artemis figurines have been proposed over the years. A catalog of these various opinions and theories include identifying the "multiple-breasts" as bee or ostrich eggs,

grapes, nuts or acorns, bull testicles, some type of jewelry, articles of clothing, or style those writing on the subject do concede that the polymastic feature of the icon is best associated with fertility and perhaps even astrological motifs.

Sometime ago, Robert Fleischer suggested that the "multiple-breasts" of Artemis find their origin in some kind of pseudo-polymastic garment, the primary form or sense of which is now lost to us. Granted, a truly convincing solution to

the problem may never emerge in light of existing archaeological, historical, and iconographic evidence. However, this brief article seeks to support Fleischer's explanation for the breast-like objects peculiar to the goddess Artemis by offering a possible source for the original form and sense of this pseudo-polymastic garment.