Unveiling the Goddess Artemis of Ephesus as a symbol of nature at the turn of the nineteenth century, Frederika Tevebring 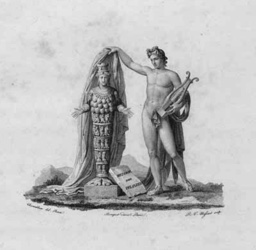 In 1807 Alexander von Humboldt published his Ideen zu einer Geographie der Pflanzen nebst ein Naturgemälde der Tropenlander, a translation from French of one of the volumes written as a result of his five-year expedition to Latin America. The German translation includes a frontispiece by Humboldt’s friend, the Danish artist Bertel Thorvaldsen. The image shows a statue of Artemis of Ephesus being unveiled by Apollo.1 At the base of the statue lies a tablet with the inscription Metamorphose der Pflanzen, a reference to Humboldt’s much-esteemed friend Goethe to whom the frontispiece is dedicated. In a letter to Goethe Humboldt expresses his enthusiasm for the image and how he looks forward to presenting the book to his friend. “After so many years of absence I did not want appear before you in any other way but through this small tribute, which is a testimonial of my deep reverence and profound gratefulness towards you,” and “my friend Thorvaldsen in Rome has come up with this vignette for me. It refers to the synthesis of Poetry, Philosophy and Natural sciences brought together in your person.” 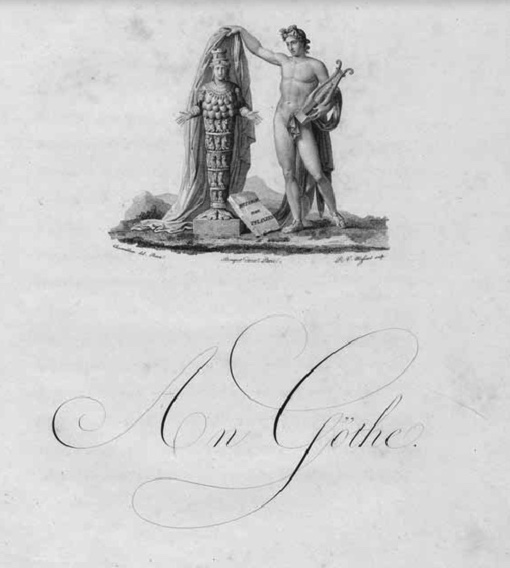 Bertel Thorvaldsen Artemis of Ephesus being unveiled by Apollo