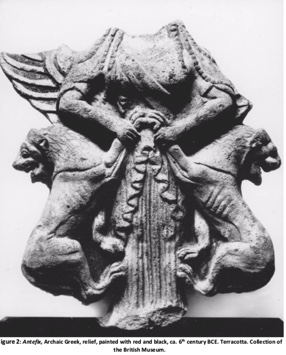 Artemis: Depictions of Form and Femininity in Sculpture

Grecian sculpture has been the subject of investigation for centuries. More recently, however, emphasis in the field of Art History on the politics of gender and sexuality portrayal have opened new avenues for investigation of those old statues. In depicting gender, Ancient Greek statuary can veer towards the non- binary, with the most striking examples being works depicting Hermaphroditos and ‘his’ bodily form. Yet even within the binary, there are complications. Depictions of the goddess Artemis are chief among these complications of the binary, with even more contradiction, subtext, and varied interpretation than representations of Amazons. The numerous ways Artemis has been portrayed over the years highlight her multifarious aspects, but often paint a contradictory portrait of her femininity. Is she the wild mother? The asexual huntress? Or is she a tempting virgin, whose purity is at risk? Depictions of her in sculptural form, deliberately composed, offer answers. Though as separate depictions they sometimes contradict one another, as a whole, they reveal just how Artemis the female was thought of.