The cult of Artemis in Ephesus and the possible explanation of the bee symbol, Stephanos Skarmintzos 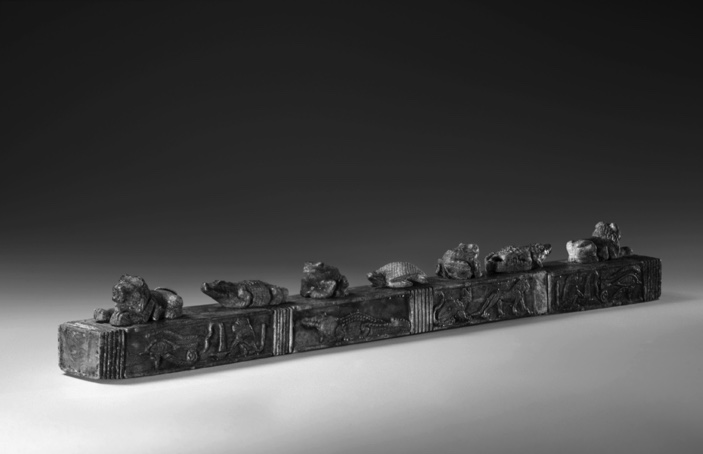 Abstract: The article will demonstrate that the bee was a symbol related to goddess Artemis and how through the cult of the goddess it gradually became the official state and military symbol of Ephesos through a multidisciplinary approach that combines History, Archaeology and Entomology.

The worship of a female deity begins in the vicinity of Ephesus from the Bronze Age, if not earlier, although is attested before the Ionian migration.1 Although archaeological research dates the first buildings on the site of the Artemision to the geometric period (1100-800 BC), many literary sources attribute the founding of the shrine of Artemis to the Amazons, testifying to its antiquity and the exotic nature of the cult of the goddess in that area. The Greeks merged the worship of the local deity with the Greek goddess Artemis, who was called Ephesia and did not oppress the few natives who lived around the sanctuary of Artemis. They built the citadel of Ephesus around 1500 meters from the original shrine so as to not openly provoke the neighboring tribes. Yet they transformed the local goddess cult into the Greek Artemis “Mistress of Animals”.2 Ancient sources say that the goddess was worshiped by the titles: Oypis Anassa, great Artemis of the Ephesians. The Oypis associated with the Hittitic fertility goddess and a vague connection with the Amazons (Fig. 71). Yet the dual attributes of the goddess were assimilated in the cult of Ephesia Artemis with a predominantly Greek character.

A temple (Fig. 72) containing excellent art votive offerings was built but was destroyed and looted during the raid of Cimmerians. The sanctuary was rebuilt and in the 7th century BC a peristyle temple was built. In the mid-6th century BC the Lydian king Croesus, after banishing local tyrants, allowed the reorganisation of the city-state and the cult of the goddess. The building projects were undertaken by the architect Chersiphron and his son Metagenes from Crete and the sculptural decoration was done from Theodorus of Samos. The Lydian monarch contributed to construction of the new temple and his name was mentioned in many Greek and Lydian inscriptions. This temple was made of marble, with dimensions 109 x 55 meters and with a double colonnade in the fashion of the Egyptian temples. The construction was completed during the first half of the 5th century BC. In honour of the patron of the city, the Ephesian Artemis took place celebrations called «The Ephesia» distinguished in both small and large festivals were held during the month of Artemision. They were spectacular festivities of a double character: religious and political, and also international in seeking to strengthen cohesive links between the Ionian cities and with Metropolitan Greece also.