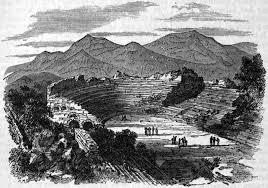 The significance of religious rituals often reaches beyond their strict re- ligious intentions. Specifically a procession, performed in front of the public, is a most effective instrument of disseminating a message to the crowds. Consequently, this ritual, as is well known, has often been used not only in religious but also in secular contexts; a procession under the cloak of religion can even become a politically useful medium to avoid popular disturbances on peaceful terms.' This was the case in ancient Ephesus, where Roman power conflicted with Greek culture from the middle of the first century B.C. onwards; the discord is testified by the famous Salutaris foundation, dating from A.D. 104-108/9, and perpetuated in a long Greek inscription, which has been known for more than a century (Rogers 1991: 19). Although this bequest on behalf of the temple of Artemis Ephesia and the city of Ephesus is one of the most important documents of its kind, the content and purpose has up to now received little attention among scholars; Vibius Salutaris' generosity, made visible in a magnificent procession (reflected even in the Ephesian church), has been explained only in passing as a manifestation of vanity (Cf. Nilsson, 1916: 317, Rogers 1991: 21). A monograph dealing with the Salutaris inscription has recently been published by G. M. Rogers (1991) presenting the procession, created by Vibius Salutaris, from a religious point of view in the context of the mysteries of Artemis Ephesia. Rogers relates the message of the procession to the buildings and works of art it passed on its way through the city; the procession in its physical context is interpreted as a symbolic statement of the Ephesian People mediating to the participating Ephesian young men in military service the sacred identity of the city based on the tradition that Artemis was born in Ephesus,