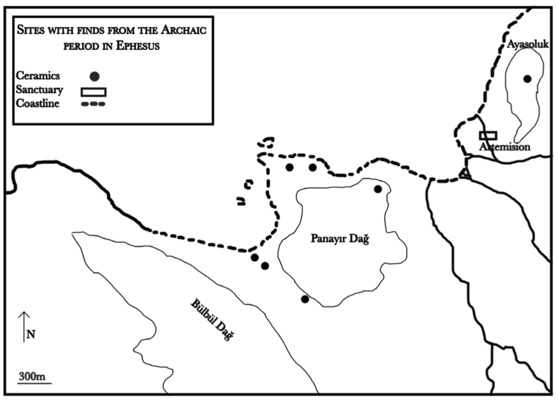 This paper will reconsider the archaeological excavations of the Artemision and the City of Ephesus. Uncovered fragments of Greek and Lydian inscriptions indicate that Croesus made offerings to the sanctuary. Considering the Lydian inscription, we can suggest a new interpretation in light of the works dealing with the Lydian kings’ onomastic. This paper will also reconsider the results of excavations of the Archaic City, for which no defensive wall has ever been uncovered so far. Thus, the comments of Herodotus and even Polyaenus cannot find any archaeological confirmation. Moreover, it appears that the story of the rope linking the Artemision to the City of Ephesus has probably been a fictional tale written by Herodotus in his Histories (then repeated by Polyaenus). Eventually, it seems that Croesus never besieged the city, because Ephesus surrendered to the Lydian king without any conflict.