THE CONSTRUCTIONS OF WOMEN AT EPHESOS, G.M. ROGERS 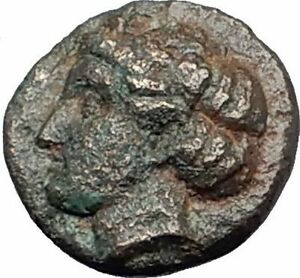 Near the end of his description of the ancient city of Ephesos, Strabo of Amaseia wrote that "...the city, because of its advantageous situation in other respects, grows daily, and is the largest emporium in Asia this side the Taurus."1 The growth of the city, both in terms of physical expansion, and then more conspicuously to modern visitors of the site, by the construction of major public buildings, continued throughout the first century A.D., and culminated in the architectural and visual transformation of the Upper Agora.2 Indeed, at the beginning of the second century A.D., the Upper Agora of Ephesos had become the center of a small Roman town, adorned with Temples of Dea Roma, Divus Iulius, and Domitian, four fountain buildings, an Augustan Basilika, and a new Prytaneion, to which the Kuretes who celebrated the mysteries of Artemis each year were transferred sometime during the reign of Augustus.3 This was an area of the early imperial city re-designed to make a Roman citizen, proconsul, or emperor feel at home. Scholars have usually attributed this urban transformation, which did not stop at the borders of the Upper Agora, or the beginning of the second century A.D., to the euergetism of wealthy male benefactors, such as Tiberius Claudius Aristio, who, along with his wife Iulia Lydia Laterane, built the Street Fountain along the road from the Magnesian Gate to the Upper Agora between A.D. 102 to 117,4 the Fountain of Trajan on the street known in antiquity as the Embolos around A.D. 102 to 104,5 and the Palaestra of the Harbour Gymnasium, when he was an Asiarch, sometime during the reign of Domitian