Ephesus: Sardis’s Port to the Mediterranean in the Hellenistic Period, Sabine Ladstätter 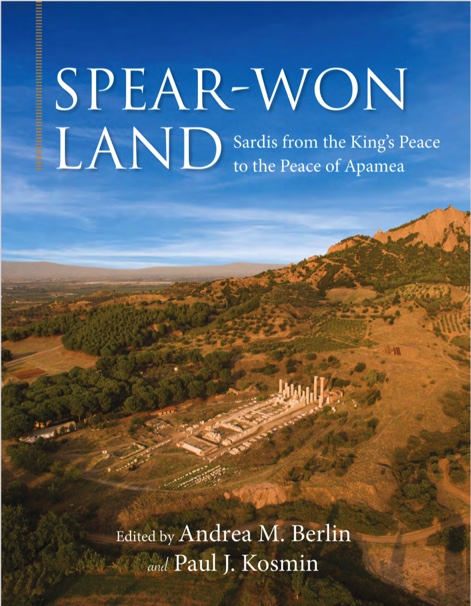 King Antiochus was very anxious to get possession of Ephesus because of its favourable site, as it may be said to stand in the position of a citadel both by land and sea for anyone with designs on Ionia and the cities of the Hellespont, and is always a most favourable point of defence against Europe for the kings of Asia. (Polyb. 18.40a)

In his account of the Roman-Syrian War (192–188 BCE), the historian Polybius assesses the possession of Ephesus as of enormous geostrategic significance for any political entity in the historical period on the soil of Asia Minor.1 This was certainly true for the Lydian kingdom under Croesus, whose expansion to the west was first aimed toward Ephesus. With the removal of the tyrant Pindarus and the capture of the city, the Lydians gained unhindered access to one of the most important harbors of the eastern Mediterranean. If it is true that Croesus considered building a fleet (Hdt. 1.27; Diod. Sic. 9.25.1–2),2 Ephesus would have been the logical base for it, especially under the protection of its Artemis sanctuary, which still lay in the immediate vicinity of the coast in the archaic period.3 The transformation of the Lydian kingdom into a significant transregional power for the first time brought the central Anatolian high plateau and the western coast of Asia Minor into a uni- fied administrative and economic area, a circumstance that increased mobility and trade as well as cultural exchange.4 The harbor cities of Ephesus, Smyrna, and perhaps also Cyme provided Lydian merchants—whose products included precious and nonferrous metals, agricultural products, wood, and high-quality textiles....