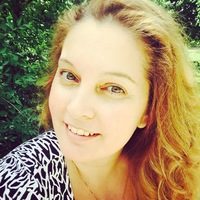 Tradition states that the most popular Olympian deities are Apollo, Athena, Zeus and Dionysius. These divinities played key roles in the communal, political and ritual development of the Greco-Roman world.

This work suggests that this deeply entrenched scholarly tradition is fissured with misunderstandings of Greek and Ephesian popular culture, and provides evidence that clearly suggests Artemis is the most prevalent and influential goddess of the Mediterranean, with roots embedded in the community and culture of this area that can be traced further back in time than even the arrival of the Greeks.

In fact, Artemis’ reign is so fundamental to the cultural identity of her worshippers that even when facing the onslaught of early Christianity, she could not be deposed. Instead, she survived the conquering of this new religion under the guise of Mary, Mother of Jesus. Using methods of narrative analysis, as well as review of archeological findings, this work demonstrates that the customs devoted to the worship of Artemis were fundamental to the civic identity of her followers, particularly in the city of Ephesus in which Artemis reigned not only as Queen of Heaven, but also as Mother, Healer and Saviour.

Reverence for her was as so deeply entrenched in the community of this city, that after her temple was destroyed, and Christian churches were built on top of her sacred places, her citizens brought forward the only female character in the new ruling religion of Christianity, the Virgin Mary, and re-named her Theotokos, Mother of God, within its city walls.

The fundamental position of this work is that a fusion took place between the ancient worship of Artemis in Ephesus, and the elevation of Mary to Theotokos, and that this fusion is not a result of the church-initiated action to convert the Ephesians, but rather the Ephesians forcing the early church to accommodate their traditions of Artemis by reshaping and reinterpreting the authority and responsibilities of the Virgin Mary.

Paul: Carla's work is leading edge....I strongly suggest anyone with a love for Artemis read this.