The Four Faces of the Roman Goddess: A New Theory for Categorizing the Divine Feminine in Roman Mythology, William Price Jr. 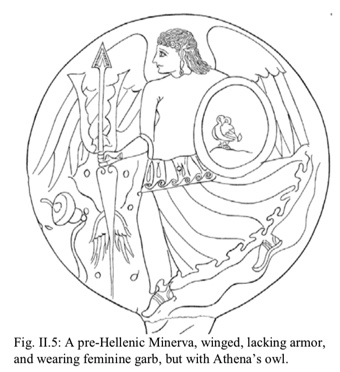 The Four Faces of the Roman Goddess:
A New Theory for Categorizing the Divine Feminine in Roman Mythology

The divine feminine manifests in Roman mythology through four categories: Celestial, Chthonic, Urban, and Untamed. The majority of data for this study originates in the first centuries B.C.E. and C.E. with Ovid, Virgil, Catullus, and others. The origins of this data, however, present several difficulties. Firstly, due the influences of Etruscans, Phoenicians, and other cultures, separating out the specific mythoi of Rome from those of imported narratives is problematic. Secondly, few of the cultures in question left clear data of their myths. This problem compounds with the third, and most difficult, to overcome; typical research into mythology privileges the influence of Greece. Because the Hellenic culture left a strong mythological tradition, mythographers often treat other mythologies as inferior. Such an attitude, however, belies the originality of Roman myth.