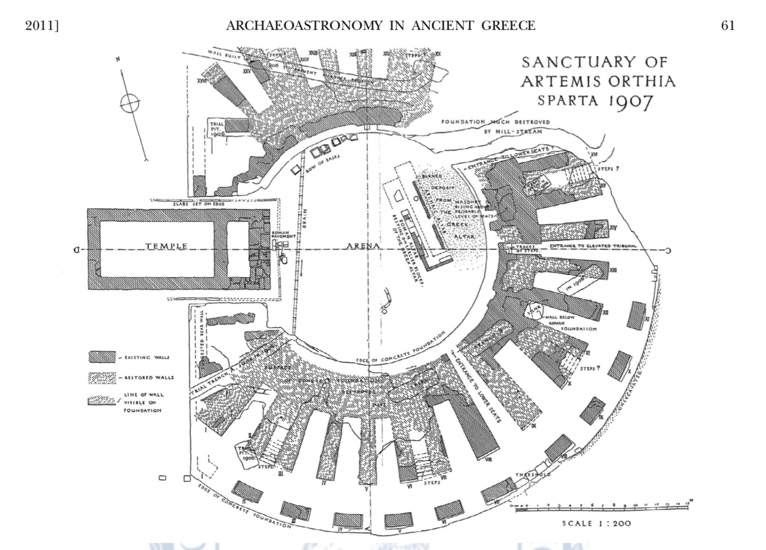 The study of astronomical knowledge and observations in ancient cultures has enabled and enriched archaeological interpretations in contexts as diverse as pre-Columbian America, later prehistoric Europe, Egypt, Babylonia, and the Far East. The application of archaeoastronomy to the study of ancient Greek religion has been less successful and has been hampered by poor practice. Through a case study that investigates the astronomy in Alcman’s Partheneion and its possible relationship with the Artemis Orthia rites carried out at her sanctuary in Sparta, we aim to show that a robust and methodologically sound archaeoastronomical approach can contribute to a better understanding of the role of astronomy in Greek religious practice and perceptions of the cosmos.*