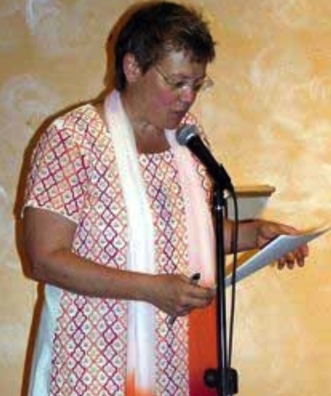 Long before the daughters of Earth’s northern hemisphere were taught that a Father God reigned supreme in the sky, we were taught that a Universal Female ruled life, death, and the whole movement of the cosmos, and that life on earth was ordered in the likeness of her natural laws. Among other things, she appeared unmistakably in the female bear, and in the stars held sacred to the female bear and her female offspring, those now referred to in the Eurocentric west as the Big and Little Dippers. In this paper I will take several small steps to trace the survival of the northern hemispheric universal Female in pre-christian Greek tradition, where she survived under the name Artemis.

This introductory inquiry into the identity of the northern hemispheric Universal Female as Artemis will consist of two broad movements. At first, we will descend to a kind of underworld, one swimming with points of view on the human drama of historical evolution in terms of matriarchal and patriarchal social order. We will enter Artemis’s natal family, specifically, her relationships with her mother Leto and her twin brother Apollo. After all, Artemis is basically circumscribed by her patriarchal family in pre- Hellenic, classical Greek and contemporary women’s spirituality texts. By way of sweetening the pot, this section will include speculation as to the birth mysteries of Artemis, which were celebrated for many centuries. Then, on a kind of parallel tack, I will also present the argument that the famed Attic play, the Oresteia, is a dramatic rendition of Apollo’s birth mystery.